The are three checks that have to be executed:

See Concept - Promotion Activation Status and Accessibility for further details about the methods isActive() and isAccessible(). The check canBeReemed will only do checks when
the number of reuses/redemptions total/per user is configured for the promotion or promotion code. 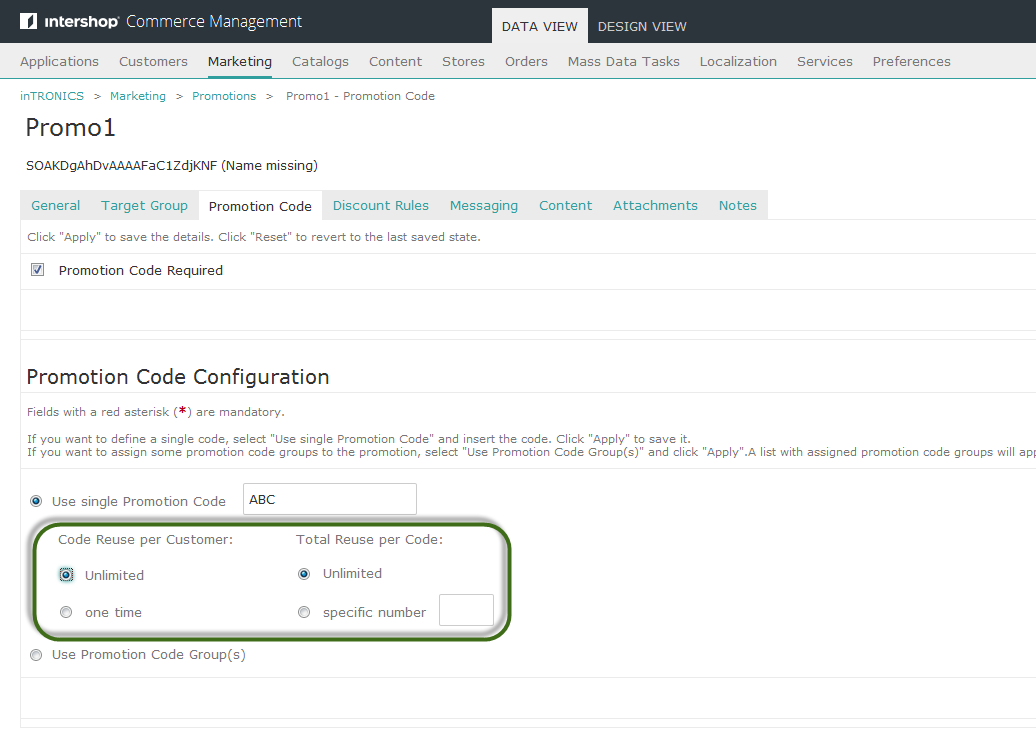 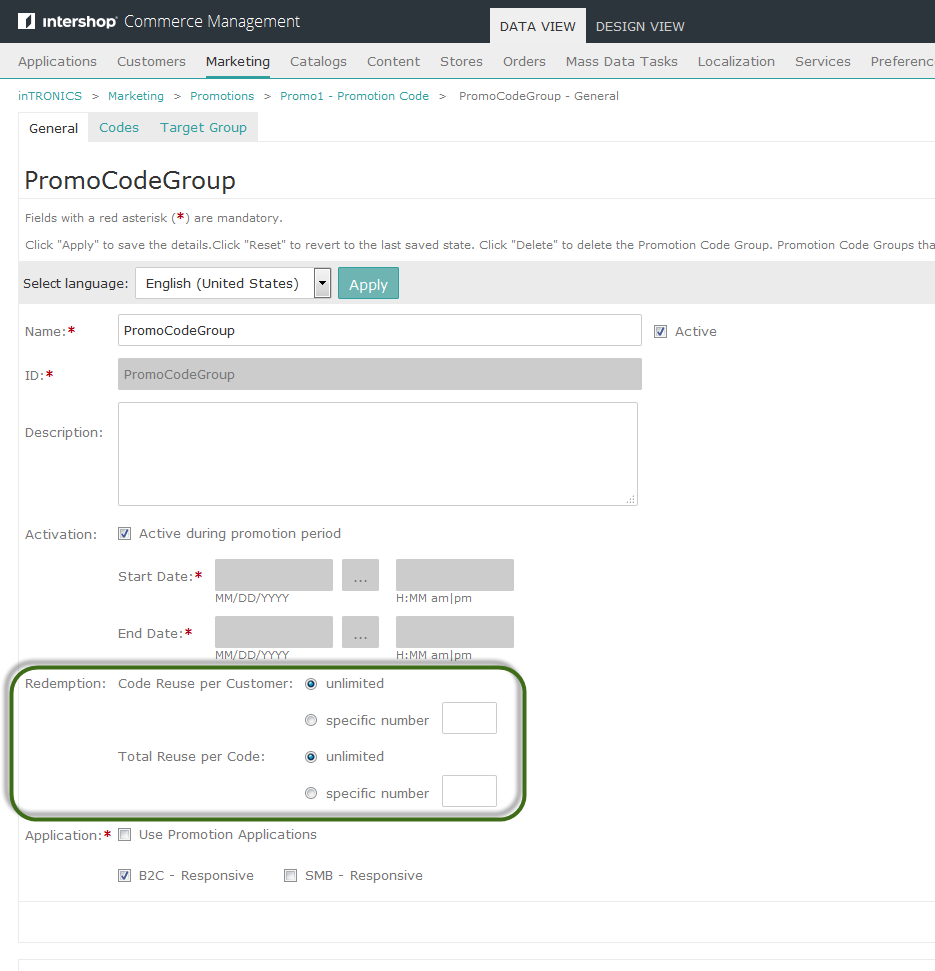 If there are multiple promotions assigned to the same promotion code group, it is sufficient to have one valid promotion.

A promotion code can be applied to a basket using the BasketBOPromotionCodeExtension.

Example how to use the BasketBOPromotionCodeExtension

The default implementation of the PromotionCodeAddToBasketValidator validates the given promotion code for:

For further details how to exchange the validator implementation see Cookbook - Promotion Validation.

For compatibility reasons the new error codes that are produced by the default implementation of the PromotionCodeAddToBasketValidator are mapped to the existing error keys that are evaluated in the responsive storefront.
The mapping is defined in a HashMap with Key-Value-Pairs (New Value, Old Value). This is done using the two pipelets AddMultipleEntriesToMap and the KeyMapper in the pipeline showed above.