This document describes the SMC job ProcessActivePromotionProducts and provides recommendations on how to use it.

The job gets automatically created for each channel and usually runs once per day at 10 pm, see job description.

It checks all promotions which are related to products via inclusion/exclusion for promotion conditions and promotion discounts, see ICM Online Help | Discount Rules for details.

The result is a list of all products developed with promotions stored in the ActivePromoProducts table. It is used in the storefront to show the customer which product might be cheaper due to a promotion. 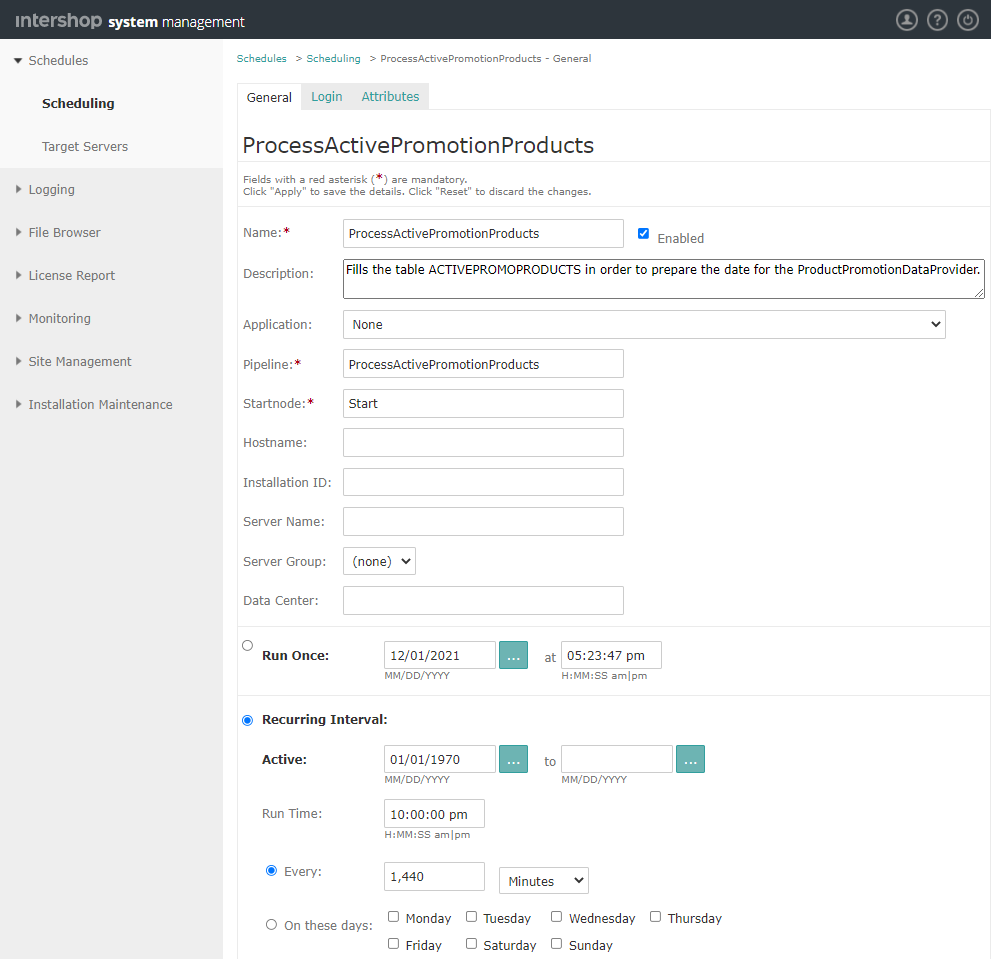 Start performs basic tasks that lead to the creation and removal of data from the ActivePromoProducts table:

Start_Beta basically does the same thing, but uses mainly queries, while the Start node uses only a few queries and mainly pipeline logic.

The updated job has the same configuration, except that it uses the start node Start_Beta.

To use to the updated job, enter Start_Beta as Startnode: 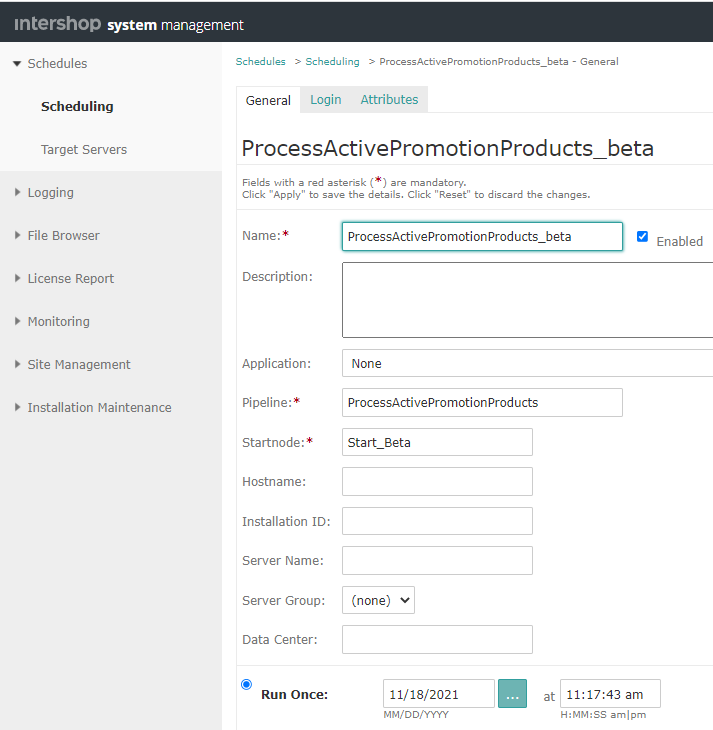 In the Attributes tab add DomainName with type String and the channel name as its value (e.g., inSPIRED-inTRONICS).

Furthermore, the DryRunMode might be enabled by adding the attribute DryRunMode of type String with value true.

The ActivePromotionProductsDryRunLog attribute shown in the screenshot is described in the next section.

The DryRunMode runs all the logic to analyze the data but only writes detailed debug log entries and a summary into the Attributes tab attribute ActivePromotionProductsDryRunLog.

If this is the case, the Start_Beta job start node can replace the Start Job start node entirely. Do not forget to disable DryRunMode by either removing the attribute or setting its value to anything but true (e.g., false or not_true).

With mass data, running this can take some time to execute, so, run this only on test systems and never on live ones.

Intershop recommends to enable the debug log and select the package com.intershop.component.marketing.pipelet.promotion as category.

This provides a lot of data, which can be used to analyze if something is wrong or if there are differences. 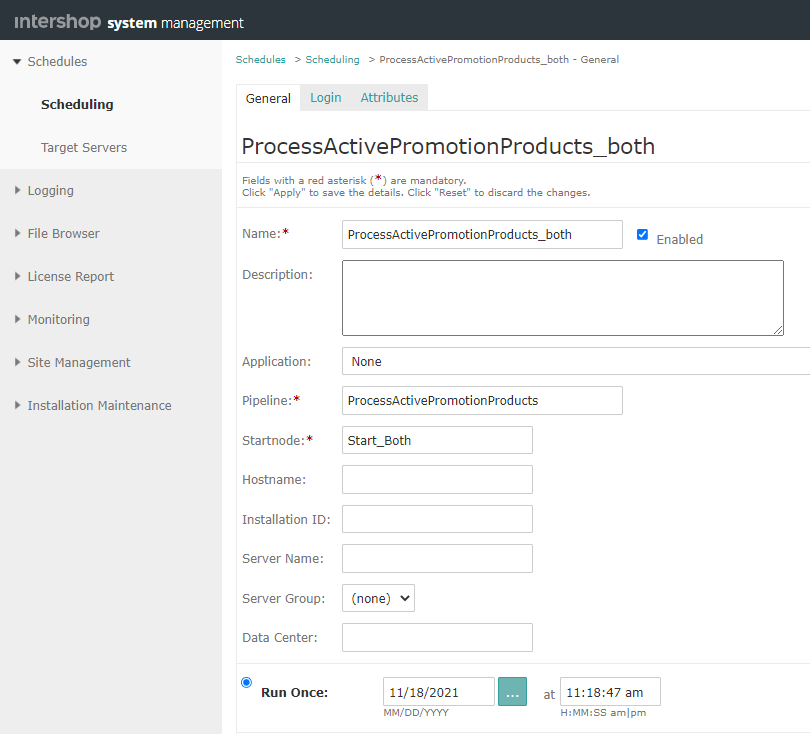 In the Attributes tab add DomainName with type String and the channel name as its value, e.g., inSPIRED-inTRONICS.

Furthermore, the DryRunMode might be enabled by adding an attribute DryRunMode of type String with value true.

The attribute ActivePromotionProductsDryRunLog shown in the screenshot is described in section Description of DryRunMode.