The present concept is addressed to business users.
This concept gives a high level overview of the usage of promotion budgets in the Intershop 7 back office.

A promotion can be valid for all currencies available, or only for a selected one. 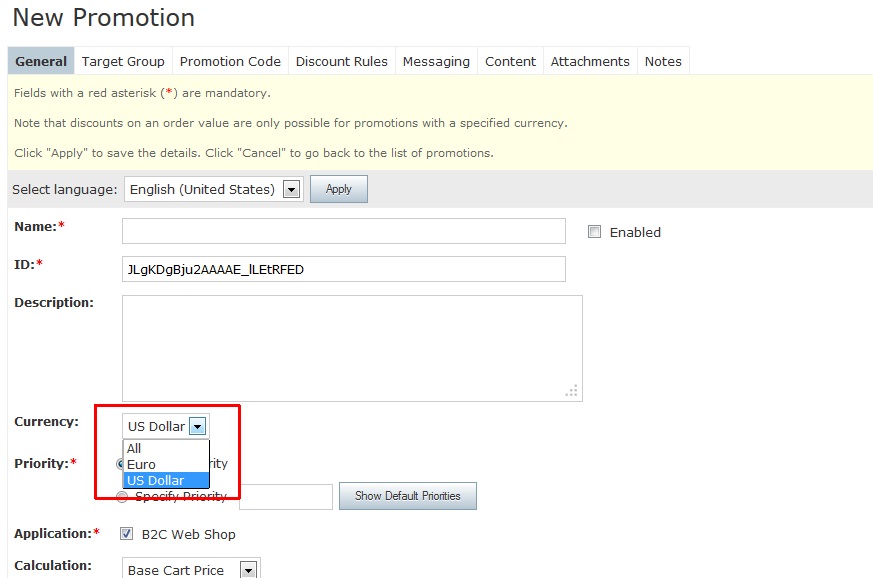 If choosing currency 'All', the promotion applies for all available currencies.
Since a budget depends on a single currency no budget can be defined. The currency selection can not be changed afterwards.

When creating a promotion in the back office for a dedicated currency a budget with the following properties can be configured:

If the budget of a promotion is exceeded the negative remaining budget value is shown, but the promotion still applies for all user sessions which are already opened at that moment. To reactivate this promotion the originally budget amount must be increased by the absolute value of the remaining promotion budget.

The philosophy is: A promotion already applied to the shopping cart will not be removed, even if its budget is completely consumed meanwhile by another transaction.

It is not guaranteed, that only the exact budget value will be consumed.

A budget source is an arbitrary text. For example, the name of a department the budget comes from. It has no impact on the promotion appliance. A set of budget sources can be defined for different locales at <channel> > Channel Preferences > Promotion Preferences: Budget Sources.

As mentioned before, a promotion can be configured to trigger a notification e-mail. The following settings are configured as default, but can be changed at <channel> > Applications > <application> - Promotions under Budget Notification.

To store the localized subjects the localization framework will be used. The Email From Address field defines the sender's address. The layout of the e-mail is defined by the e-mail templates. Furthermore, the following placeholders can be used to define dynamic e-mail subjects:

For example, the subject line:

will be substituted to

As mentioned above, there exist 2 e-mail templates.

The IS7 budget framework is used to implement the budget feature. It is not an own independent framework but it is a part of the promotion framework. With other words there are some classes to process the budget handling. When creating a promotion for a dedicated currency, an account and a budget is created. Both account and budget strongly depend on that promotion: if the promotion is deleted, the associated budget and account will be deleted as well. During the order calculation process in the storefront, the saved amount is calculated for the applying promotion and added as an AccountTransaction to the account. 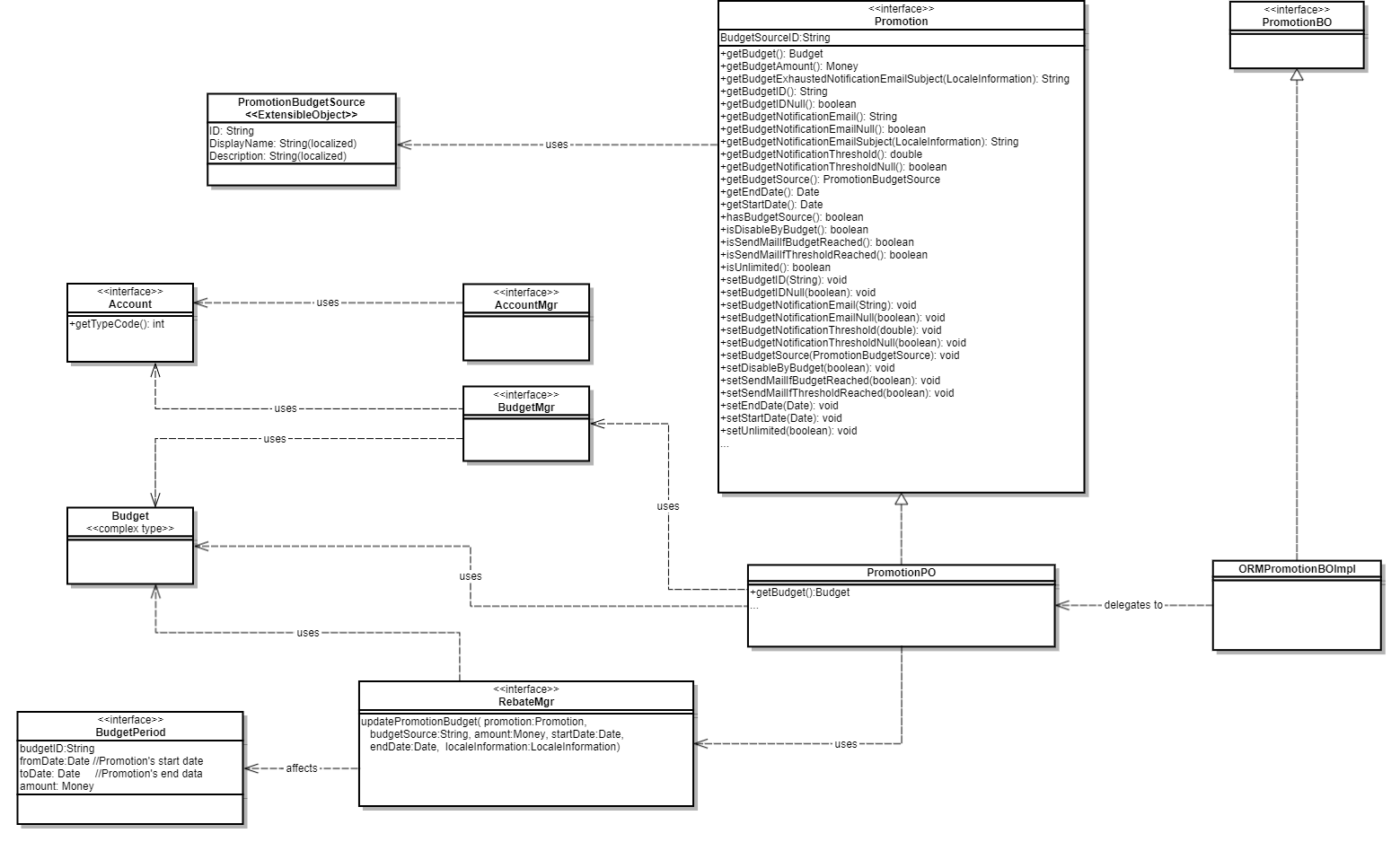