More than one promotion can be active at the same time. It is possible to choose whether a promotion should be applied:

The order of appliance is important. If two promotions are defined, the appliance order will always be the same for each consumer.

This document explains the different promotion discounts available and their priorities.

A promotion action type is the kind of discount or rebate. There are four different groups:

Each promotion type has a priority. The promotion priority defines the order the promotions are applied in the web shop.

The following table lists all available promotion types and the corresponding priorities as they are created via DBInit. The priority of an action type can be changed.

A newly created promotion does not have any rule. In other words, no conditions or actions are defined. Its priority is 0.

Setting its action sets its priority implicitly. In other words, changing the action also changes the promotion's priority. In addition to the implicit priority, it is possible to configure an explicit one. If a promotion has an explicit priority setting, this setting is taken into account while determining the order of appliance. 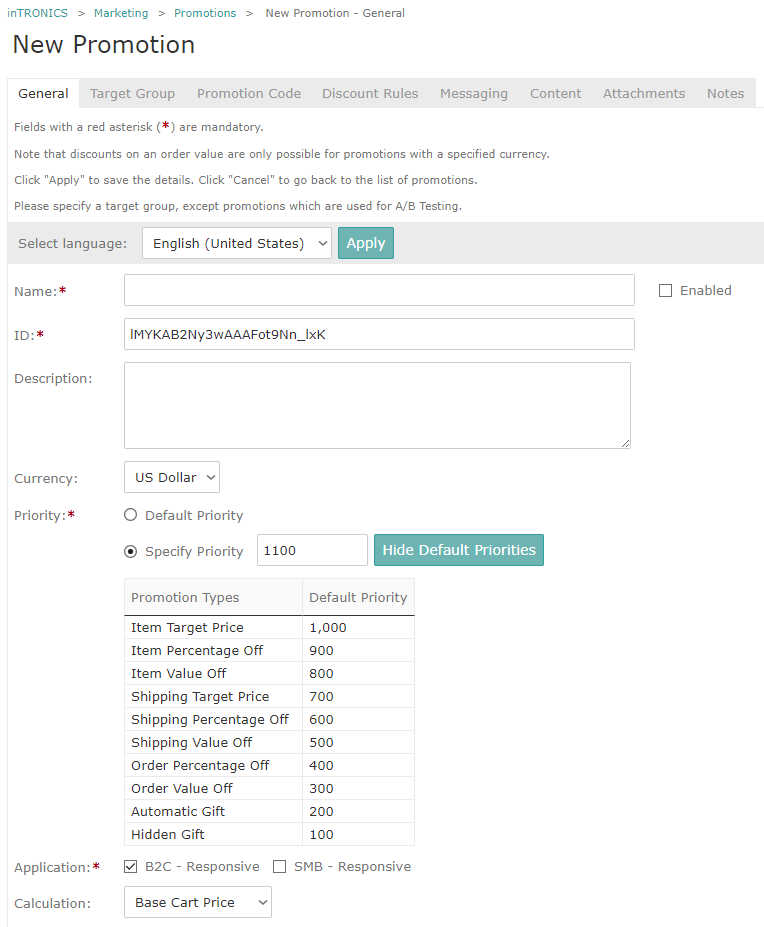 Per default, the step size between priority values is 100. If anyone wishes to change this, a new channel domain preference named PromotionActionRankingSteps has to be introduced via DBInit. For example:

The promotion combination can only be defined by promotion action types. It is not possible to say Promotion A cannot be applied together with Promotion B.