This document is addressed to operators or administrators who design and plan the deployment of an Intershop 7 system. It summarizes the essential deployment concepts and the Intershop 7 software "building blocks", and introduces some options for deploying Intershop 7.

For more information about Gradle, refer to www.gradle.org.

With Gradle, Intershop 7 introduces a number of new deployment concepts, which are essential for understanding the deployment. 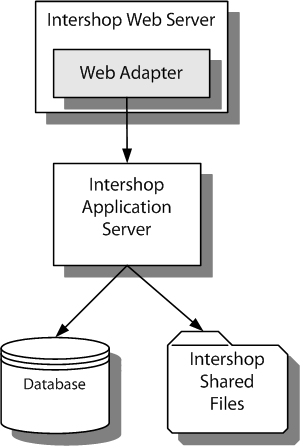 The Intershop Application Server (IAS) comprises all system components necessary to create a runtime environment ("engine") for Intershop 7 cartridges. The components are grouped as:

In distributed deployments, the IAS is deployed via the host type appserver.

The Intershop Shared Files (ISF) comprise the application server's business logic, which is structured in cartridges, Intershop 7's containers for executable code. Cluster-wide configuration information, which is necessary for running an application server instance, is also kept in the ISF. In addition, the ISF includes all static file content that is required for Intershop 7 applications, like import/export files, branding packages, etc.

The ISF must be deployed before setting up a distributed cluster with multiple application servers.

In distributed deployments, the ISF is deployed via the host type share .

The Intershop Web Server comprises the Apache HTTP Server and the Intershop 7 Web Adapter (including the Web Adpater agent).

In distributed deployments, the IWS is deployed via the host type webserver.

When using Apache Solr as search engine, you may want to operate the Solr server on a dedicated machine. Starting with Intershop 7.5, Solr servers can be deployed automatically just like the other nodes.

The database is not part of the Intershop 7 delivery but is required to run an Intershop 7 cluster. For more information, see Guide - General Database Setup (valid to 7.10).

An assembly refers to a number of system components ("software packages") that can be deployed together in order to deliver a specific feature set. The Intershop 7 distribution package contains a file system-based artifact repository that provides three default assemblies, upon which new custom assemblies can be based:

A host type refers to a specific combination of system components that make up the runtime environment of an individual cluster node. Intershop 7 delivers the following predefined host types:

Additional host types can be created with a project-specific implementation.

The environment is an additional dimension of a deployment configuration used to address different needs with respect to the usage of a particular assembly. The predefined Intershop 7 environments include:

Intershop 7’s open, scalable design means that a variety of deployment scenarios are possible. Its components can be grouped on one machine, several instances distributed over multiple logical CPUs or over multiple hosts, or instances can be duplicated for load balancing.

Depending on the requirements for an Intershop 7 system, different deployment scenarios can be used. Most requirements or priorities can be categorized as follows:

With respect to the deployment scenarios, this breaks down to the following basic approaches. 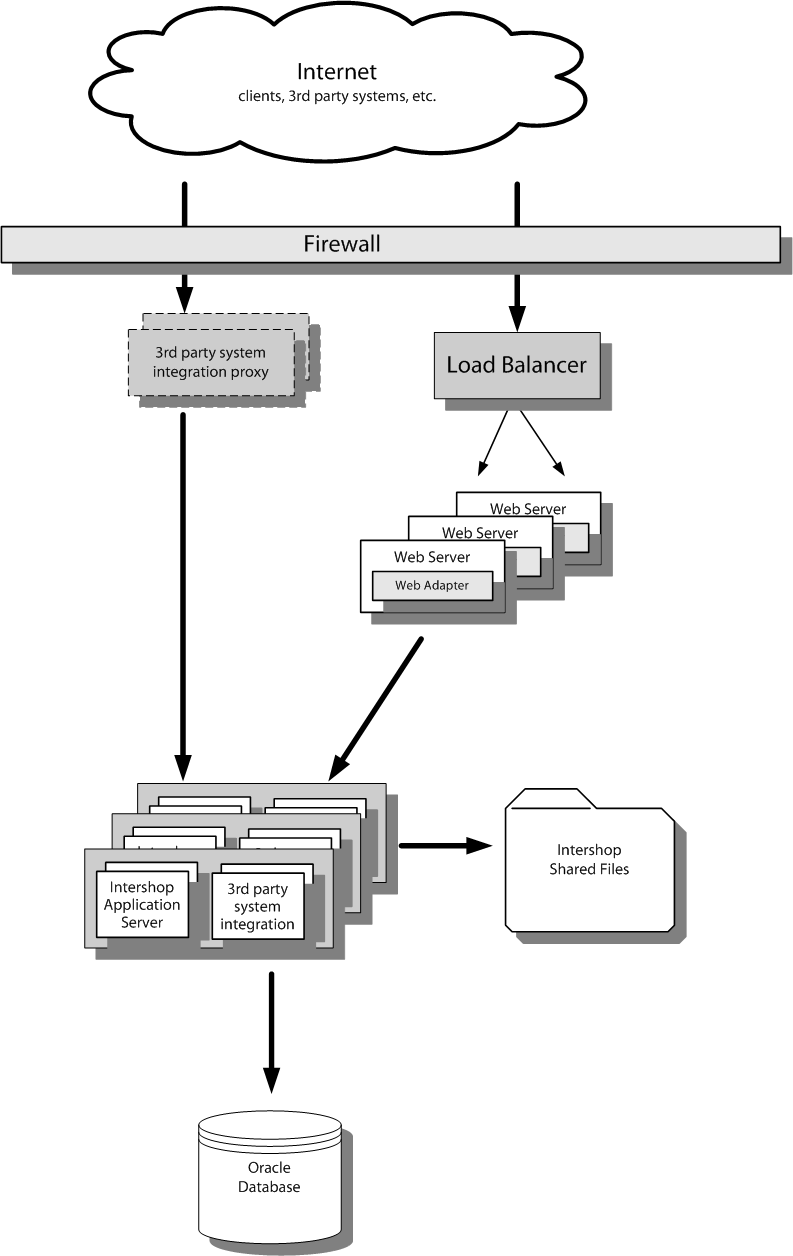