Since pipeline execution can be triggered from external sources via an URL, special care is necessary to secure pipelines, making sure that a pipeline responds only to requests from authorized clients.

2 Public, Private and Include Start Nodes

Prefix pipelines are generic pipelines which perform certain checks before the pipeline that has actually been requested is executed. Prefix pipelines therefore provide a powerful mechanism to prevent unauthorized access to public pipelines.

Intershop 7 supports so-called site prefix pipelines. The site preference value SitePrefixPipeline specifies the name of a pipeline which is automatically called before any public pipeline in the site is executed. The default value is set to the CorePrefix pipeline. See the figure below for details on this pipeline. 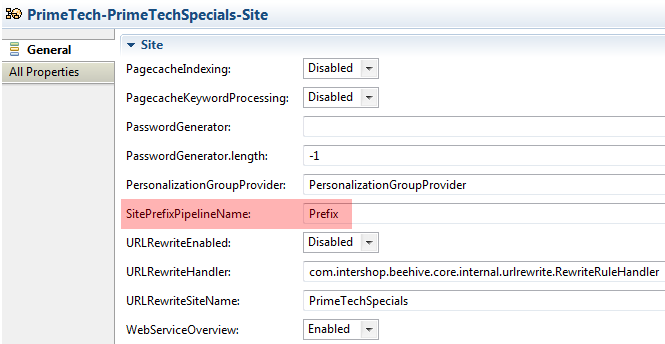 These different versions are executed depending on the type of the pipeline ( Process, View, or Backoffice) triggering the prefix pipeline.

The originally called pipeline is not executed after the site prefix pipeline if the following happens:

The CorePrefix pipeline is a prefix pipeline which is provided as a default. The pipeline checks if a user has the required permission to run a called pipeline. This is, basically, a two-step process: 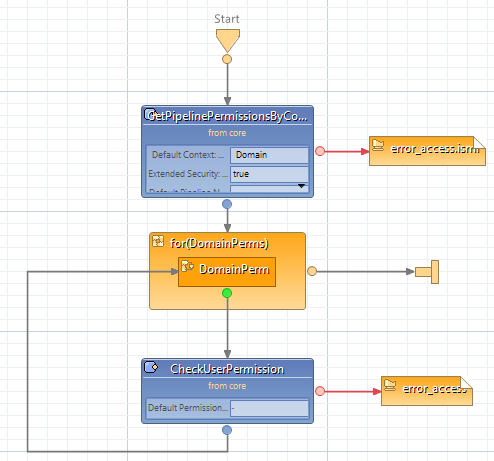 As pipelines are always executed within a site context, the common pipeline lookup and overload mechanism must apply to the ACL lookup as well. The following steps are performed:

The access control list lookup also considers cartridges and sites that do not define any pipelines. In this case, the cartridge's or site's pipeline directory only contains the file pipelines-acl.properties. This allows developers to overload the ACLs of pipelines by their project specific cartridges or sites.

Permissions are always checked against an AuthorizationObject, i.e., a context, and that one or more permissions need to be checked before a pipeline is executed upon a user's request. This behavior is represented in the Context:PermissionID values. Context defines the authorization object used to check the permission specified in PermissionID.

For example, the ACL:

means that if a user wants to start the pipeline ViewCatalog via the start node Edit, the permission SLD_VIEW_CATALOGS must be checked against the authorization object Organization. The number of Context:PermissionID pairs per access control list is not limited, but a Context:PermissionID pair should not appear more than one time in an access control list.