This document is related to the Responsive Starter Store.

Starting from Intershop Commerce Management 11.0, the Responsive Starter Store is deprecated and replaced by the Intershop Progressive Web App.

With Intershop Commerce Suite 7.6 a new customization approach for the storefront is introduced.

For this Intershop introduced the Responsive Starter Store. This blue print is a good starting point for customer projects. It consists of a working component set of storefront cartridges and demo cartridges and of two assemblies, one for B2C and one for B2X scenarios.

The inSPIRED organization structure of the Responsive Starter Store: 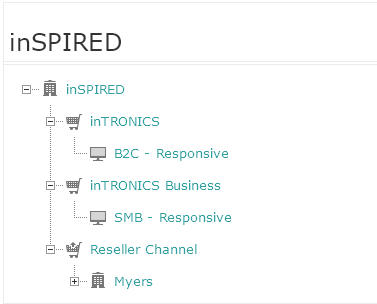 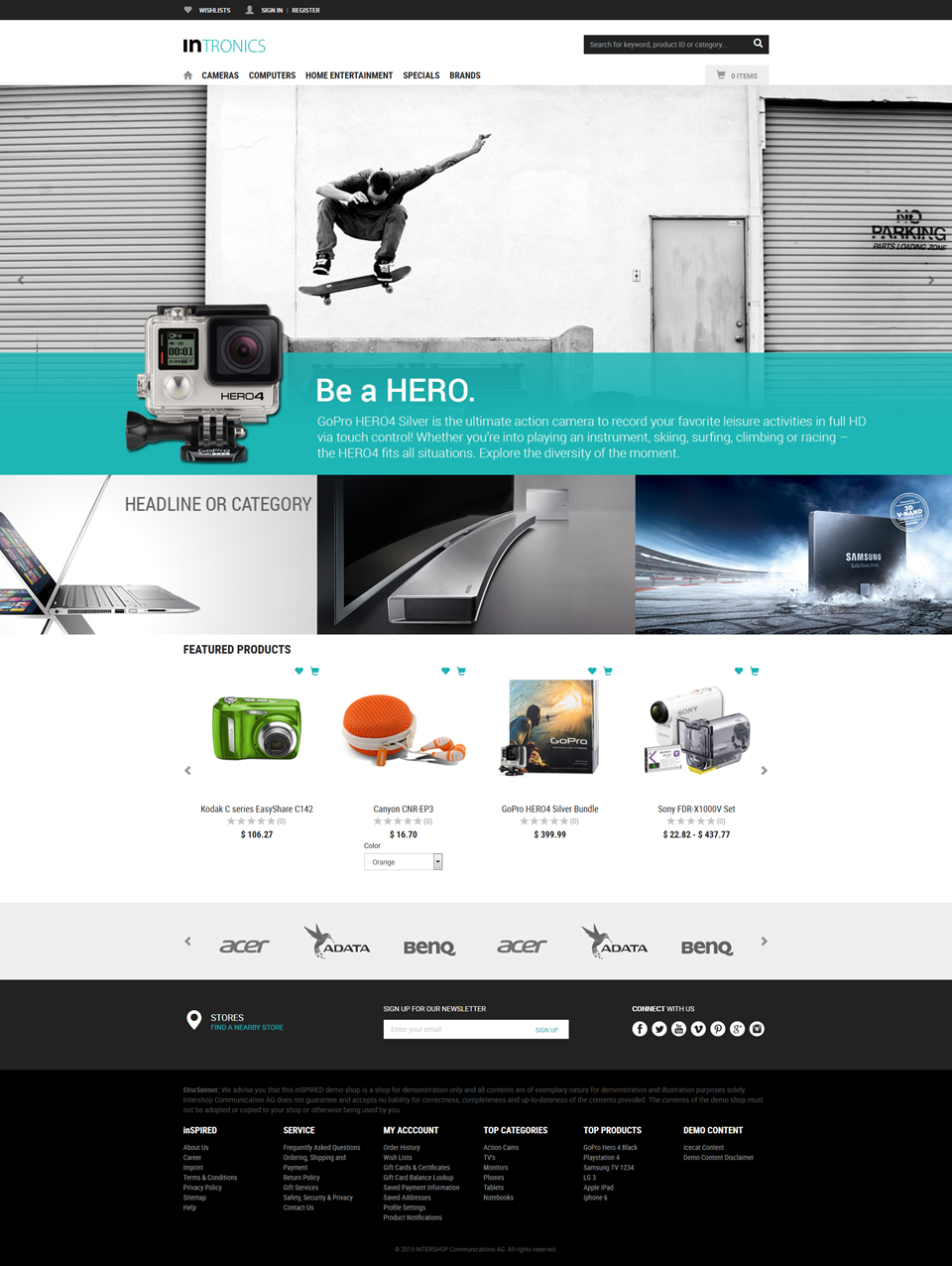 With the provided sources it is now also possible to work with the included Content Model and completely fit it to the projects needs. Content Model artifacts can now be removed, added or changed in the „original“ cartridges. There is no need to work with overrides any more, even though this functionality is still working as before. In addition any project specific functionality that hides unwanted content artifacts (black listing/white listing) is no longer needed since those artifacts can easily be removed in the sources.

For pipelines and ISML templates it is now possible too to directly make the changes in the original without the need to use the overloading mechanism, even though it might still be good practice for project specific customizations.

With the new customization approach the project cartridges set - that might include the storefront cartridges of the Responsive Starter Store - is supposed to work as is on following Intershop versions. Only adaptions regarding actual API changes - that should be communicated - might be needed.

With the Responsive Starter Store, Intershop does not automatically update this part of the storefront cartridges when updating to a new Intershop version. Only the base assembly (commerce_management_b2c or commerce_management_b2x) is updated through Gradle but all the other parts are project code. This way it is up to a projects responsibility to do updates/migrations.

Any storefront updates come as a new blue print, e.g., a new version of the Responsive Starter Store. In which way this updated blue print is used to update the projects sources is up to the projects.

Besides the component set the Responsive Starter Store also provides two assemblies as project blue prints, one for B2C (inspired-b2c) and one for B2X (inspired-b2x).

The storefront of the Responsive Starter Store is based on Bootstrap, a HTML, CSS and JS framework for developing responsive projects on the web (used version at time of development 3.3.5).

With the integration of Bootstrap its underlying default CSS preprocessor - Less - was integrated in the Responsive Starter Store too.

For a convenient Less development environment a Less editor was integrated into Intershop Studio and a Less compiler was added as Gradle task.

For further information on how to work with Less in the Responsive Starter Store read the Cookbook - Storefront Less Integration.

For the client side form validation the BootstrapValidator in version 0.5.0 is used. This version was used even though a newer version exists, since this older version is licensed under the MIT License. A documentation for version 0.5.2 can be found here. The current development version is called FormValidation but it no longer uses such an open licensing model. For documentation you can still refer to their web site but be aware of the necessary translations or newer features.

As default font families for the Responsive Starter Store Roboto and Roboto Condensed is used.