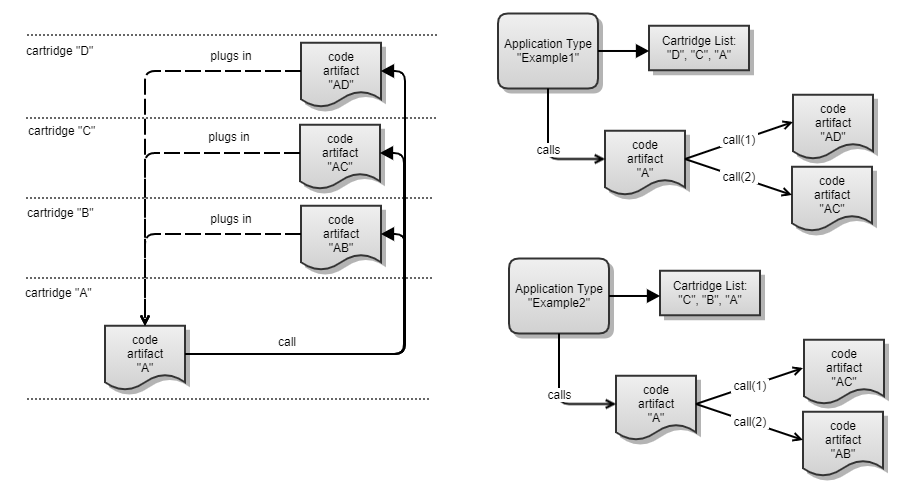 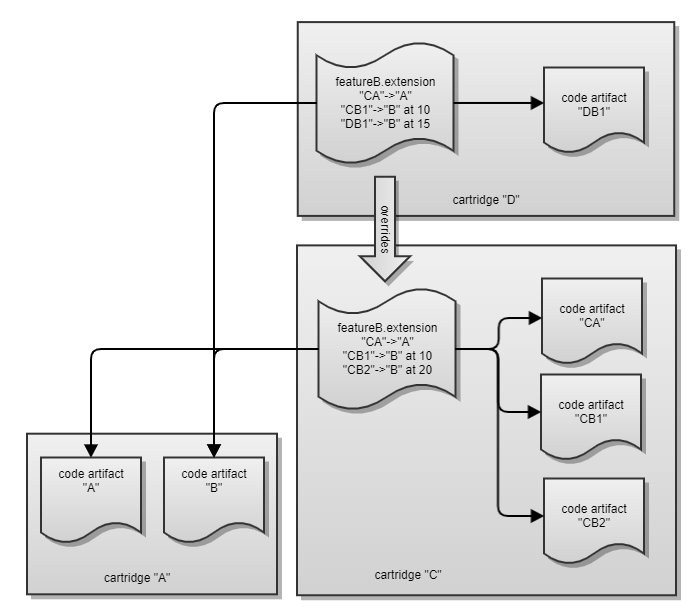 The process of creating pipeline extension points and extension pipelines is explained in the corresponding cookbook .

Usage of the error connector

If an exception is thrown within the execution of the extension pipeline, this exception is handled as in any other pipeline:

Java class extension points provide the ability to plug custom code snippets into an existing functionality written in Java. To define an extension point, the method in Java which processes the extensions must be annotated appropriately. 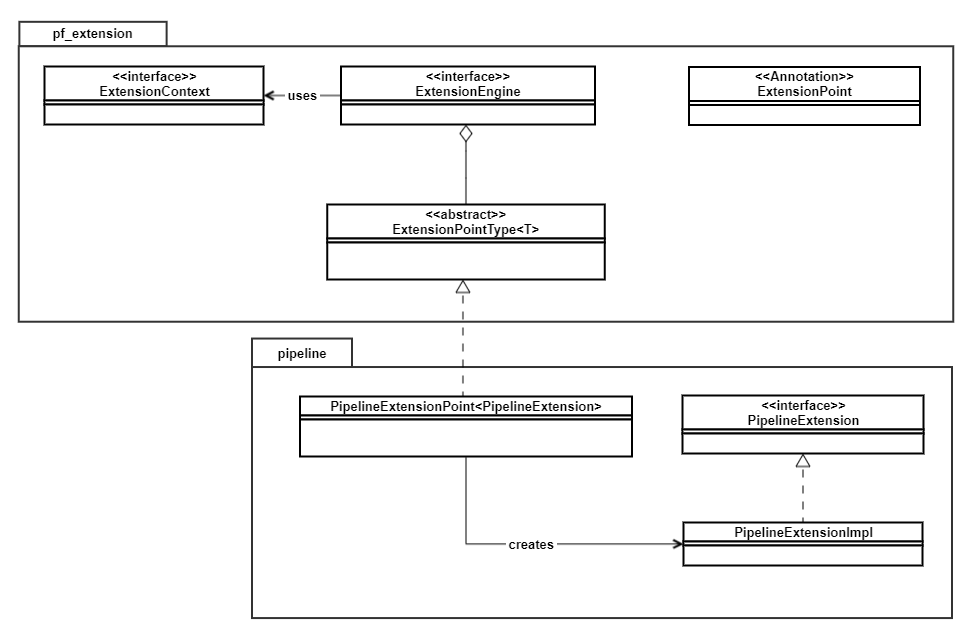 The cartridge pipeline is just part of the diagram to show how the integration of a "real" extension works. The cartridge pf_extension basically defines the infrastructure to work with extensions: an engine, a context and an extension point type.

An example of the implementation of a custom extension point type is given in the cookbook .