There exist two kinds of promotions: implicit and explicit promotions.

An implicit promotion applies as soon as its condition is met. In contrast to this, an explicit promotion depends on a code, which must be entered by the consumer. Such a promotion is also called "code based promotion".

The motivation for introducing promotion code groups is the wish to

Each promotion is created as an implicit promotion at first. The promotion manager has to enable the promotional code handling in the back office. The picture shows a promotion which is assigned to one promotion code group. 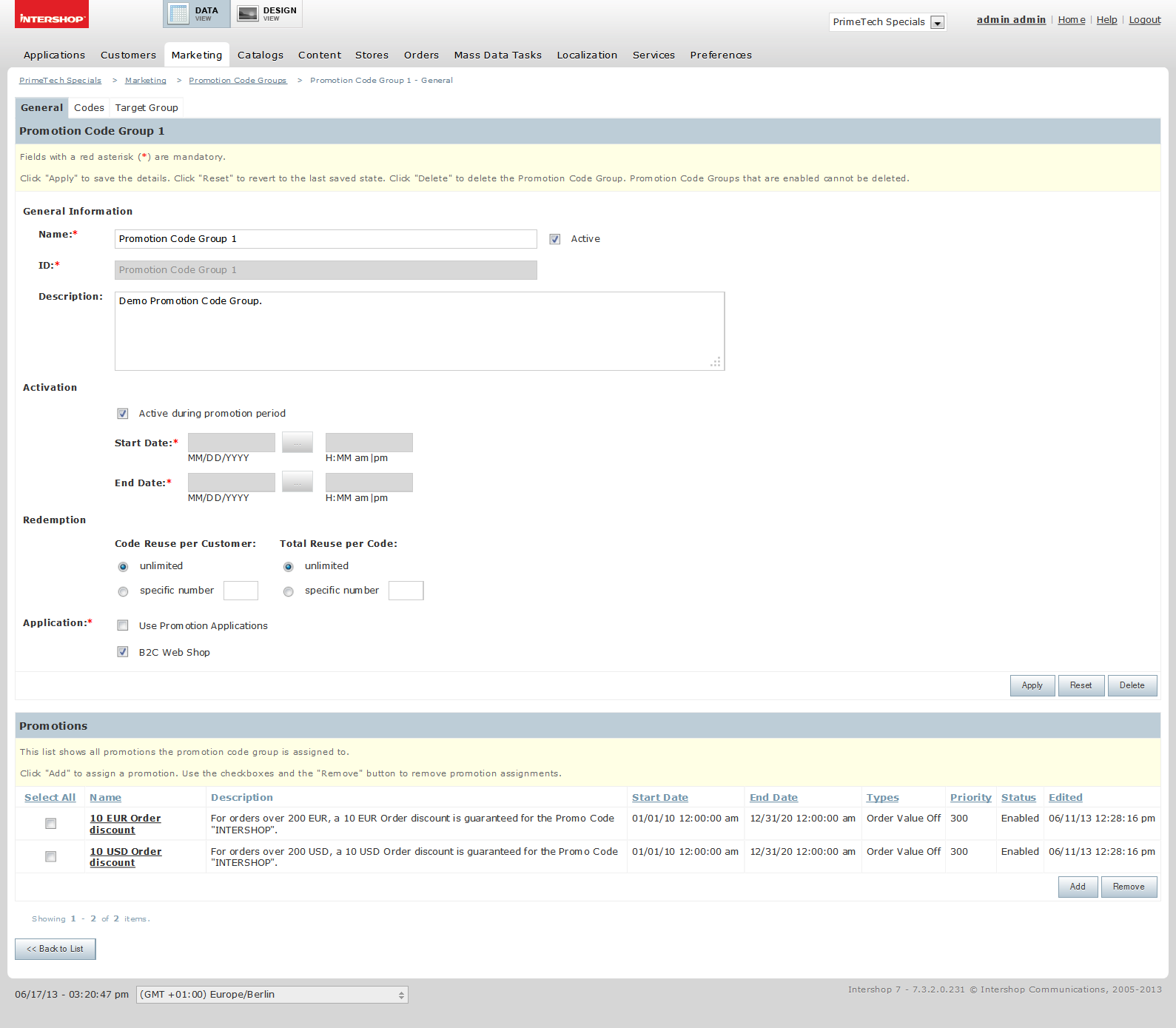 In addition, there exists some business logic to maintain promotion codes and groups.

Since the prefix is part of the code, the specified code length must be greater than the number of characters in the prefix.

It is also possible to import promotion codes from a CSV file. The mapping template is PromotionCodeCSVConvert (bc_marketing).
The first line may contain some header information.

It is also possible to export promotion codes into a CSV format. Codes can be exported at once, or classified by their state: redeemed, not redeemed or deactivated. The export is executed by ProcessPromotionCodeExport (bc_marketing) as a batch job. Pipeline ViewPromotionCodeExportWizard (sld_ch_base) prepares the export.

A customer can enter one or more codes for the order. As for the appliance of the code to the order following criteria are checked: